Many of us dismiss insects as annoyances or harbingers of disease. However, these tiny but mighty creatures allow ecosystems to survive and thrive. They cycle nutrients, pollinate plants we depend on for food, disperse seeds, fertilise the soil, control populations of other organisms, and are a significant food source for many animals [1]. And yet, climate change and intensive agricultural land use are causing insect populations to decline – by as much as 50% in some areas [2]. Can IoT in farming help to reverse this trend, restore insect populations, and ensure their continued survival?


As we’ve seen in related posts, we can reduce the need for agricultural expansion by decreasing food wastage and preventing illegal logging. Apart from that, how we use agricultural land can also be optimised. This is where smart farming and precision agriculture come into play [3]:

However, optimisation and precision also come at a cost to insect life. Therefore a balance between precision and best practice (i.e. control insects without eradicating them) needs to be met.

IoT in farming equals precision, but what about control?


There are a range of IoT-based sensors that farmers can use to control insect and pest populations [4]. One way is to use inexpensive and low-power sensors connected to traps that listen to pest sounds (i.e. rodents or insects) and capture data about soil and crop health well as weather conditions [5]. The data collected allows farmers to make strategic decisions, such as when crops need spraying and pinpoint the part of the field that needs it.

Weather monitoring systems for precision agriculture in real-time can also help to predict an attack by pests. Solutions provided by Metos UK and ENVIRA IoT show how this can be done: By tracking weather conditions and breeding patterns, these technologies help farmers identify a particular pest’s threat level. Although swarm infestations don’t plague UK farms to the extent that they do in other regions in the world, these predictive analytics systems nevertheless help to improve overall decision-making.

The answer depends on how many farms use them.

In 2020/2021, approximately 27% of responding business farms in England stated that they use precision farming techniques [6].

Compiling this with data gathered from a survey published by the Department for Environment, Food and Rural Affairs in 2020 [7] gives us a broader understanding farms were most likely to get advice on productivity (67%), the environment (62%) and regulation (60%) from farming press or media (the least common source of advice being the government). The graph below shows the percentage of precision techniques used on farms and the reasons why. 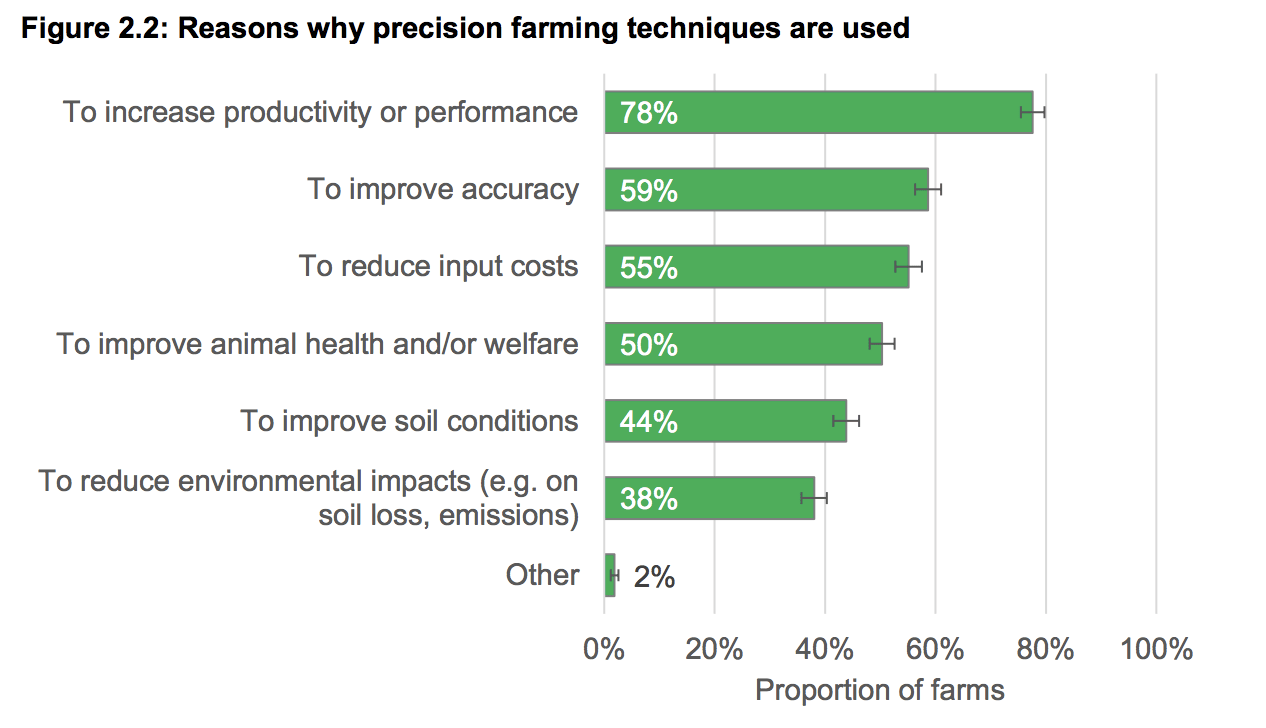 For the farms not using precision farming techniques, the reasons listed included:

When it came to devices and connectivity: 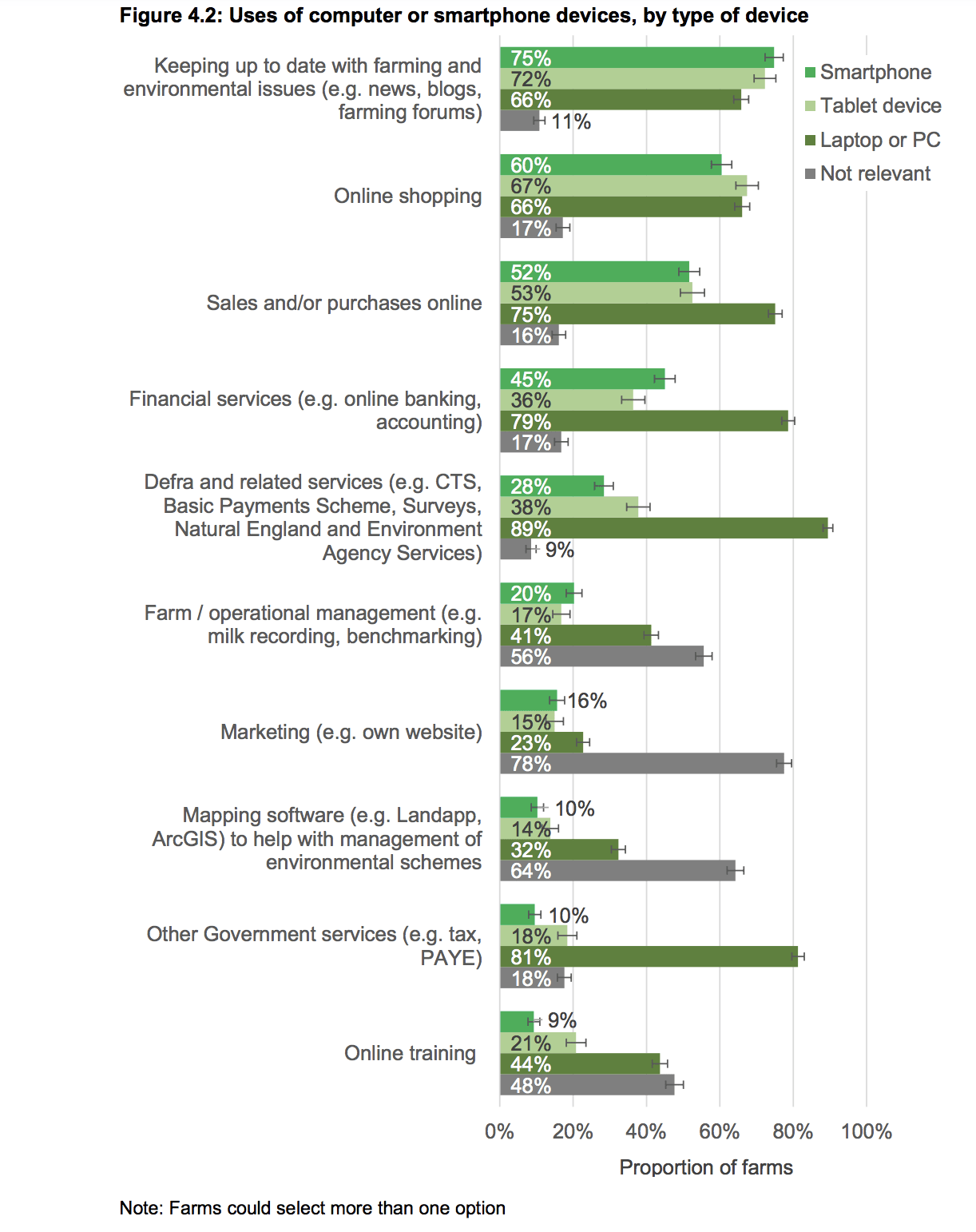 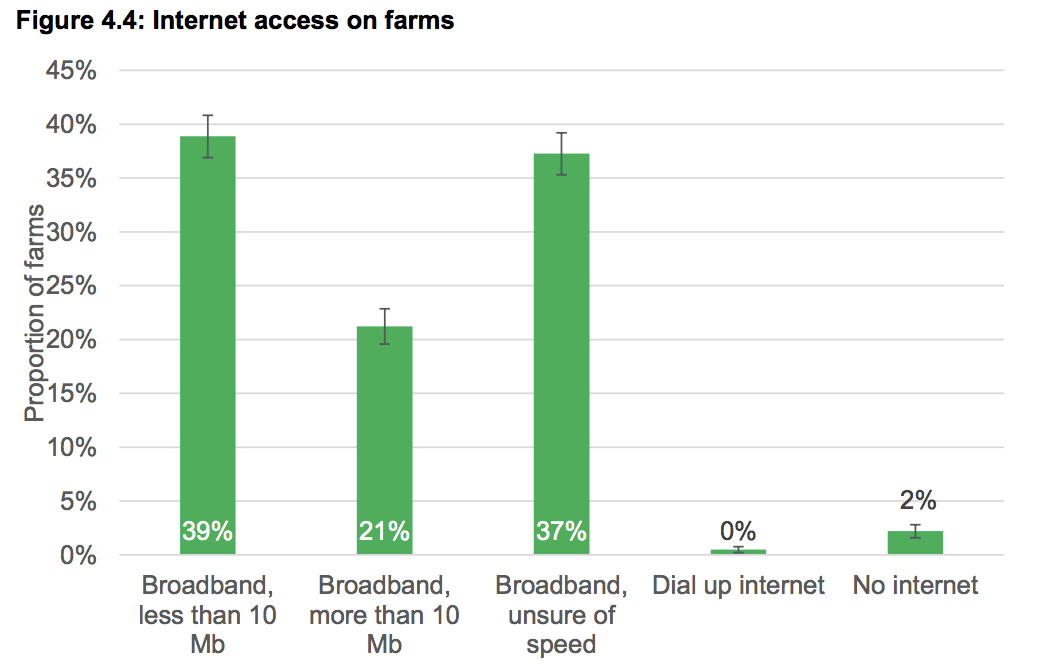 What can we conclude?


IoT in farming helps farmers to improve efficiency. However, depending on which IoT-based techniques farmers use, it’s debatable whether they can help to restore insect populations. In addition, these techniques can only have a significant and positive impact if a majority of farms use them. Less than 50% of farms using IoT in general – and an even smaller percentage for environmental reasons specifically – isn’t very encouraging.

That a significant percentage of farmers look to the farming press or media for information, as opposed to the government, is telling. How much importance do both sectors place on insect population decline and on educating farmers regarding cost-effective solutions available to help restore them?

As with most complex problems, out-of-the-box strategies could help solutions to become more comprehensive. One way to help insects find refuge from intensive agricultural practices is to preserve the natural habitat near farmlands. Another would be to Ask Nature and see what kind of biomimicry strategies could be adapted to suit.

For example, honeybees have enzymes that they use to detoxify certain insecticides. If farmers integrate them as part of their farms, not only would these bees be protected from harm (depending on the insecticides used), but they’re also good business partners.

A less conventional alternative would be to make the insects themselves the hero – rather than the villain – of the story. The insect farming industry is booming. [8] As the EU lifts bans on feed made from animal remains, demand is increasing, and insect protein is becoming a popular ingredient for pet, livestock, and human diets. Organisations such as the Center for Environmental Sustainability Through Insect Farming provide the research to help the industry explore the various uses and benefits of insect protein for food – yet another reason to see populations restored.

With all these different options buzzing around, a continued decline in insect populations doesn’t have to be inevitable. What are your thoughts? Is there another alternative that we didn’t mention? Reach out and let us know, and we’ll add it to the list!