How to get funded on Kickstarter; we caught up with VR entrepreneur Joe Ryan to get his tips on launching a successful campaign.

After developing VRGo with us Joe took to Kickstarter in search of funding, we caught up with him to get his thoughts on what makes a good campaign and tips for how to get funded on Kickstarter.

In the last few years there has been a revolution in the way that companies are funded. To get funded on Kickstarter is now seen as a viable option for many businesses to build initial capital. There are plenty of platforms but Kickstarter is by far and away the most popular. Since 2009 it has raised almost $2.5bn in funding, there has been in excess of 100,000 successful campaigns and more than 11 million people are backers. This makes the platform a very intriguing opportunity to most businesses and entrepreneurs.

Only 36% of projects get funded on Kickstarter, meaning that 64% of campaigns fail to get funded.

However, these statistics doesn’t reflect how difficult it can be to get funded on Kickstarter. Only 36% of projects are successful, meaning that 64% of campaigns fail to get funded. There have been many success stories like the smartwatch Pebble Time which raised in excess of $20m or the card game Exploding Kittens which was funded on Kickstarter to the tune of $8m. There have also been a lot of failures and near misses, take Alpha Colony a building and trading card game, it raised $49,972.20 of its $50,000 target. This was close but there are plenty which fail entirely. As of June 2016 there have been 190,907 unsuccessful campaigns, of these 43,120 got 0% of their target. The majority of failed campaigns received between 1% and 20% of their target. It is therefore vital that your Kickstarter campaign is well thought out, with ample support from specialists, in order to avoid becoming just another failed statistic.

The project raised 70% of its funding goal within 24 hours.

Luckily one successful campaign has agreed to share the secrets of its success with us. Joe Ryan is the man behind VRGo, a motion controller for virtual reality video games. Ignitec had the pleasure of working with Joe to perfect the design of his chair and help make it viable for market. His Kickstarter campaign raised £22,100 in December 2015. The project raised 70% of its funding goal within 24 hours – an impressive amount in such a short space of time. He attributes his successful funding on Kickstarter to a number of factors but highlights the importance of preparation, planning and marketing to build a truly successful campaign.

It is worth launching a Kickstarter campaign in an area you are interested in and know about, this will allow you to create a product you feel passionate about.

Every project to successfully get funded on Kickstarter is built primarily on one great idea and VRGo was no different. When asked about how he developed his product Joe said “The idea was created through a sort of interest in furniture making, I was taking a course in it at the time and also my interest in making video games, I was working for a games developer at this time.” It is worth launching a Kickstarter campaign in an area you are interested in and know about, this will allow you to create a product you feel passionate about.

You should be aiming to generate a third of your backers before you start.

As with all things in life preparation is the key to getting funded on Kickstarter but it is not all about preparing the product. Joe said, “You should be aiming to generate a third of your backers before you start. Letting them know about it in advance through mailing lists, getting articles on websites. It has to be done ideally two months in advance.” This kind of marketing activity should form a key part of your preparation prior to Kickstarter launch, it will help ensure you get most of your backers within the first few days.

All Kickstarter projects have the option of adding a video and it can really help get your message across in a clear and concise way.

When asked why he thought he was able to successfully get funded on Kickstarter Joe said, “There was a lot of marketing prior to the Kickstarter launch. We contacted journalists that wrote about Virtual reality, talked to relevant bloggers, talked about it on forums and on Reddit.” This again shows the level of marketing activity you have to plan whenever you start a Kickstarter project. Joe added, “The video was really important for us so we hired a professional videographer.” All Kickstarter projects have the option of adding a video and it can really help get your message across in a clear and concise way.

You cannot simply put the message together it has to be created with the end-user in mind otherwise you will fail to engage with them.

Having the right message is important but according to Joe the audience is just as important. “It was a lot of work prior to on the wording, you have get your marketing message really targeted for your audience.” You cannot simply put the message together it has to be created with the end-user in mind otherwise you will fail to engage with them.

When discussing his product Joe said, “I think having the minimum viable product and a working prototype meant we could get quotes from journalists and developers who had tried it. It was also letting people know your product does what it says.” While it is important to prepare marketing materials, it is clear that the product also needs to be viable because without such a developed idea, VRGo would not have been able to generate the buzz amongst industry experts that it did.

However, this was not the hardest element Joe said that he thought, “Identifying who your target audience are, identifying bloggers and websites, writing a press release and making the video were quite challenging.” This shows that whilst developing a product is still a hurdle you have to overcome it is not necessarily the most difficult element of running a successful Kickstarter campaign.

Coming back to the product and his use of a professional product design team, Joe said, “It certainly helped to show that we viewed the product seriously. Using Ignitec helped the audience be reassured that we would create a professional product.” This in turn would help get backers. When asked about when to involve such a company Joe added, “The product has been going for about two years. We approached them after a year. I think if we introduced them later, it might not have had the design work finalised by the Kickstarter campaign launch.”

Obviously involving a lot of different organisations could have been a bit of a nightmare but Joe described his success as, “It’s time management. It has to all be done and you have to manage your time correctly.” To be successful and get funding on Kickstarter, you need to be able to do a lot of different things but being a good manager is key.

“We did update it every week. It is really important to update backers.”

The Kickstarter community are very active and often say what they think and try to change projects. Joe said, “We had various comments on products but it was generally happy. A few people made suggestions like adding speakers but it hasn’t changed the product.” It therefore means if you believe your idea to be good enough you can ignore amendments but you cannot ignore all your backers. Joe said, “We did update it every week. It is really important to update backers.” You therefore have to regularly stay in touch with backers or else they will become disillusioned with your product. Joe shares videos of his product being used and production updates, this keeps backers content and maintains the hype around the product.

Joe was clearly successful but that doesn’t mean he wouldn’t change anything, he said, “I think giving myself more time. If you start way in advance, even if there isn’t a product, it helps.” This shows how important good preparation is, it has to be done and you have to spare a lot of time for it.

When asked if he had any other advice for would be Kickstarter entrepreneurs, Joe said, “Be prepared, have a team of people working on it because it is quite challenging. If you’re a solo entrepreneur bring in someone else to help you.”

Joe’s tips to get funding on Kickstarter 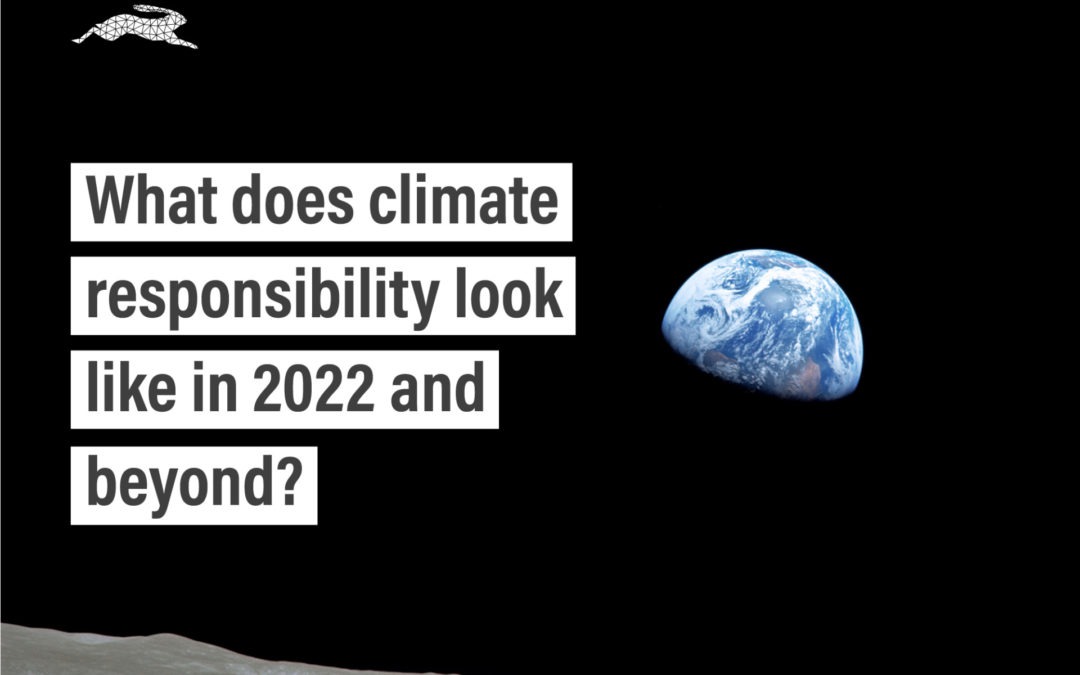 The climate responsibility outlook for 2022 and beyond

The fact that the climate is in crisis and we all need to increase our level of engagement and reduce our environmental footprint is no secret.