Flexible electronics – From stick-on patches for medical monitoring, activity tracking armbands and sensors, circuits and screens stitched into our clothes will soon be commonplace if you believe the proponents of wearable technology. But surprisingly little attention is given to how we will power wearables devices.

If Google Glass taught us anything, it was that widespread adoption of wearables is only likely to happen once devices are able to conform unobtrusively to our bodies. For this to work, technologies for powering wearables will need to be flexible, but while flexible electronics and flexible displays have received plenty of press, equally important flexible battery technologies for powering wearables often slip under the radar.

The market for these technologies for powering wearables is growing rapidly according to recent analyses. A report from MarketsandMarkets last October predicted the flexible battery industry could grow from $51m in 2014 to $618m by 2020. A more conservative estimate from IDTechEx thinks $471m by 2026 is more likely, but that still represents dramatic growth.

The technology for powering wearables is not new – thin and printed batteries have been used for some time in skin patches, RFID tags and smart cards. But emerging applications in powering wearables and the Internet of Things, which will require ultra-thin, flexible electronics and stretchable form factors, have seen big players pile into a market traditionally served by smaller firms. 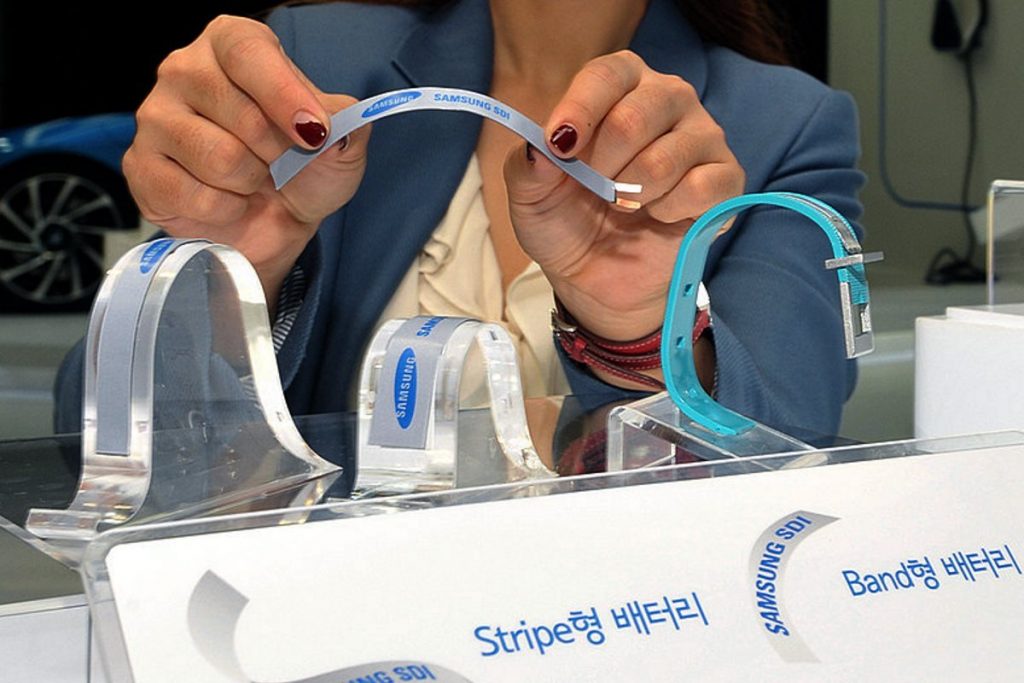 Samsung concedes their technology doesn’t yet have the capacity for powering wearables or to replace traditional smartphone and watch batteries, but add that they could eventually increase battery life by up to 50% and could be available next year.

They will also be a key enabling technology for the flexible smartphones that Samsung has been teasing, which could also arrive as early as next year. LG for their part say their approach could double current smartwatch battery capacity.

To date developers have tended to rely on advances in processor efficiency to boost battery life for powering wearables, but there are limits to this approach. The lukewarm success of the Apple Watch has been blamed partly on poor battery life that sees the device frequently run out of juice and also drain the iPhone used to run most of its applications.

There are many potential avenues for achieving flexible electronic power sources for powering wearables. Printed batteries, thin-film batteries, laminar lithium-polymer batteries, advanced lithium-ion batteries and thin flexible supercapacitors could all play a role and it’s not yet clear which technology will take the lead. 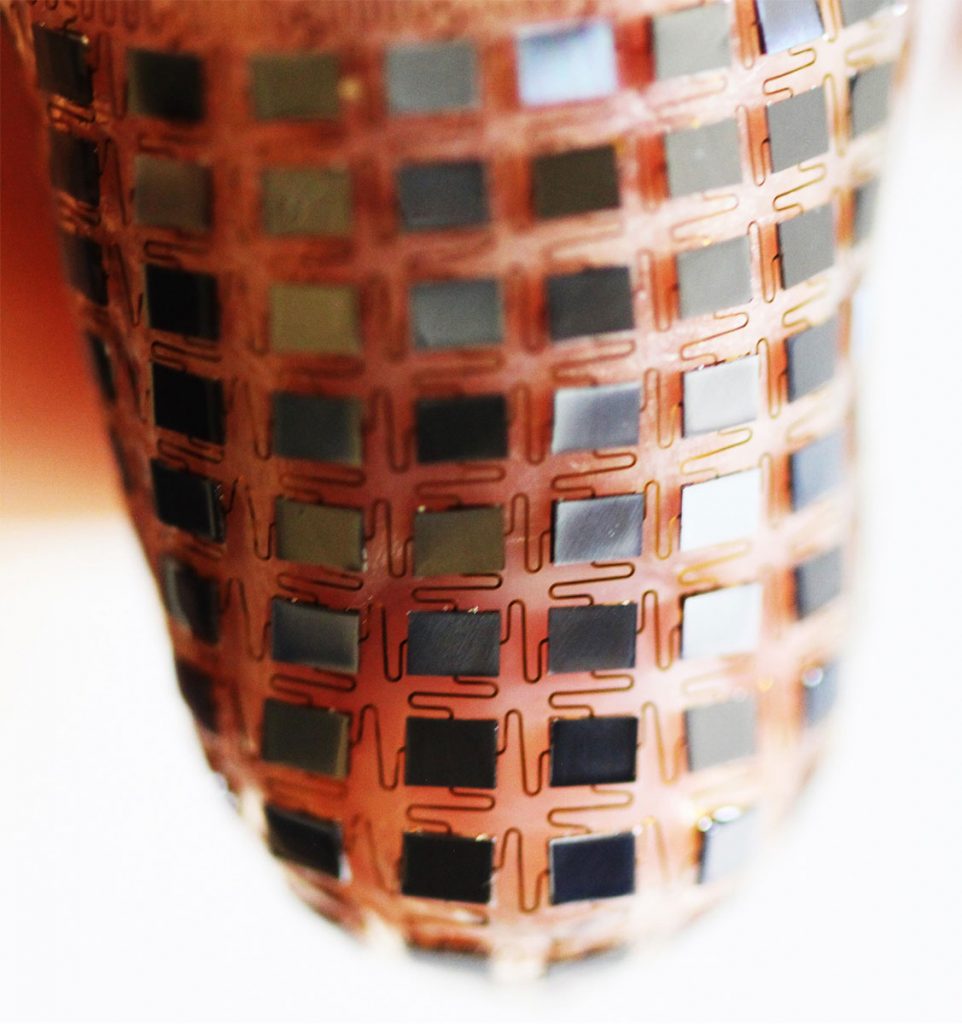 Northwestern University in the US created a flexible battery that could be attached to the skin like a band aid.

Other scientists are looking further ahead. In May a team at Changchun Institute of Applied Chemistry in China announced they had a built flexible cable-like cells using next-generation lithium-air technology. The emerging technology has yet to escape the lab bench but could theoretically hold 10 times the energy of commercial lithium-ion solutions.

The battery withstood bending more than 1000 times and could be recharged 90 times, which is not bad for typically short-lived lithium-air devices. The batteries are subject to reactions that destroy the electrolyte and degrade the cathode, so pushing beyond 90 charges may prove challenging, but the approach is promising and could lead to high-power density batteries for future wearables.